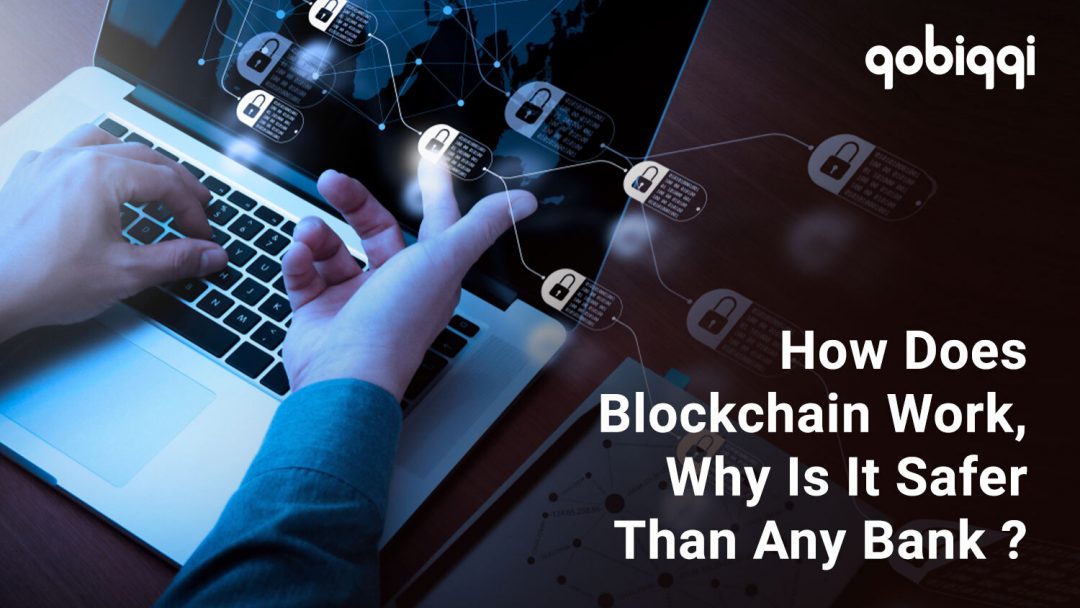 Blockchain! Bitcoins! Bigger than the Internet? Introduction to the next revolution

Bitcoin and Blockchain, the digital currency and breakthrough technology- will they change the world?

This article will talk about

4. Where and how to buy and use bitcoins

5. The relation between Blockchain, and Bitcoin

What is wrong with the dollar or Euro? 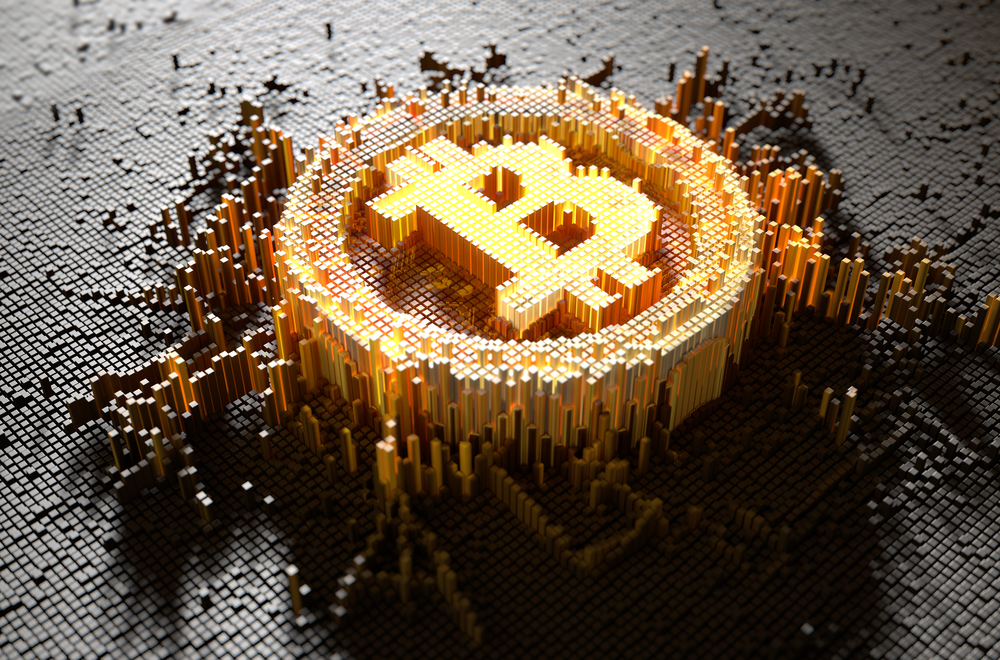 Unlike “regular” currencies such as the Euro and Pound, which are created by taking ‘credit’ and printing unlimited currencies (read…..), bitcoin is limited in quantity.

There is a total of 21 million Bitcoin coins. The expectation is that by 2040 the mining of all the coins will be completed.

On May 22, 2010, a programmer, purchased two large pizza from Papa John’s for 10,000 Bitcoins worth about $30 at the time. The current value of his payment estimated at approximately $120 million!

Should You Buy Bitcoin Now?

Get to know DCA

1. Should I Buy Bitcoin Now?

2. Is This A Good Time to Buy Bitcoin?

3. Is Bitcoin a Good investment?

We will try to answer the most proper answers to the above questions.

Why you should or should not buy Bitcoin?

The above questions relate to investing in Bitcoin, but they should also apply to all types of investments, not only to Bitcoin or digital currencies.

If you have decided to buy Bitcoin, you need to know why you are doing it and, more importantly – when to buy and at what price. 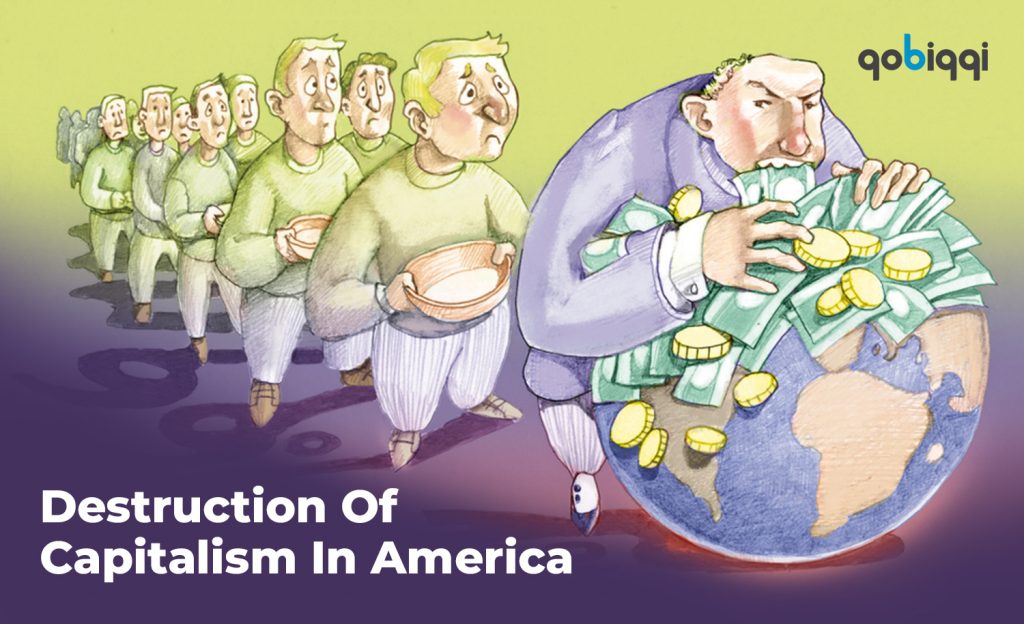 We need to understand, or better we need to KNOW about every investment we make, especially a speculative one as Bitcoin. Nowadays, most Bitcoin owners do not use it as a means of payment. that make the purchasing of Bitcoins a speculative investment.

Ask yourself the following questions:

1. What is special about Bitcoin currency?

3. How its price determined?

4. How many bitcoin currencies exist today?

5. How many will ever exist?

7. How and where can Bitcoin be stored?

If you do not know the answer to one or more of the above questions, you may want to start by doing a little research on Bitcoin.

You can start here, with Gobiggi’s; Bitcoin beginner’s guide.

Bitcoin as an investment: what you must know before buying for the first time

The first thing to know about Bitcoin and digital currencies such as Athyrium, Ripple, etc., is that they are a highly speculative and volatile investment.

If stocks, stocks of technology companies, are considered the riskiest then the traditional investments.

Bitcoin has its own risk category.

The return on investment (ROI) in Bitcoin illustrates how volatile currency investment is. Many people bought Bitcoin at the end of 2017, close at an all-time high price, at $20,000. The following year they were left with a little over $3000, over 80% loss on paper.

When investing in any asset like Bitcoin, we must always remember that there are two sides to the currency. We must consider the worst-case scenario- losing 65%- to 85% of your investment. Setting personal rules are important. Order. Like if the currency loses 20%- 30%, sell. Each one rule based on the liquid money and financial state.

More importantly, before buying Bitcoins, make sure you have the stomach and the mental strength to deal with the volatility of the currency.

Unlike stocks and bonds, where you simply call a broker or go online to buy or sell from a third party, in Bitcoin, you are your bank.

It is essential to know how to store bitcoin and how to receive and send bitcoin from the dedicated wallet. 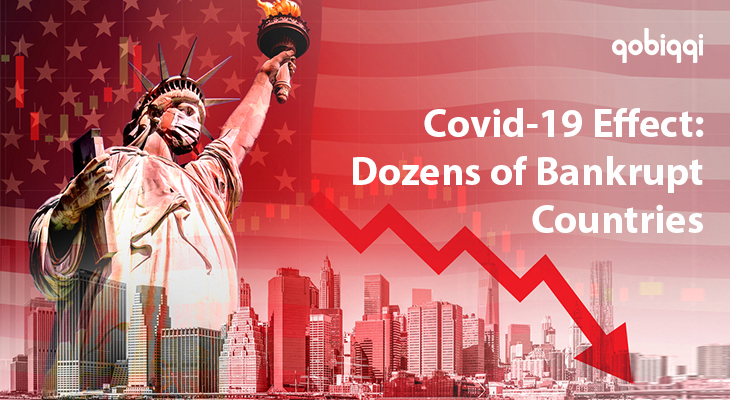 When buying Bitcoin from any trading or exchange arena, you will be asked to provide your Bitcoin wallet address. Because most people do not have the time and ability to buy and sell frequently and keep track of the price, the recommended investment in Bitcoin is holding over time, or in the more familiar name – HODL.

DCA: One way to buy Bitcoin?

No one has a crystal ball that will tell when to buy or sell. No one can time the market, but everyone can use common sense when buying or selling.

When buying a long-term investment, the DCA, Dollar Cost Averaging strategy can be used.

Divide the desired purchase amount into several equal parts over a fixed period. But once a week, once a month, once a quarter, or according to the fluctuation of the currency.

DCA method is suitable for long-term investments and it is highly recommended for volatile assets such as Bitcoin.

Bitcoin does not have a minimum required to buy, and you can purchase Bitcoin bits. There is enough Satoshi, the Bitcoin penny, which is 0.00000001 of a Bitcoin.

The disadvantage of the DCA method is that it is less suitable for a bull market. So, you may want to use the DCA strategy when the value goes down.

Anyone who bought one dollar worth of bitcoin every day for the past nine years has over $18 million.

Where to buy bitcoins

Your first Bitcoin purchase should be through an exchange. There are many exchanges to buy from, with varying performance. Some are less reliable or credible than others, and others are limited. I will not recommend any exchange; you need to research it. Look at ‘buybitcoinworldwide.com. After indicating your payment preferences, the site will list 2 to 10 Bitcoin exchanges in your country. A good place for a quick view of Cryptocurenises trading is markets.businessinsider.com/cryptocurrencies

What secures the Bitcoins?

In the financial world, we keep talking about bitcoins, and in the high-tech everyone talking about Blockchain, the technology that removes barriers connects countries, businesses, and people directly and promises to create trillions of new markets.

The technology that will change the world of business transactions. 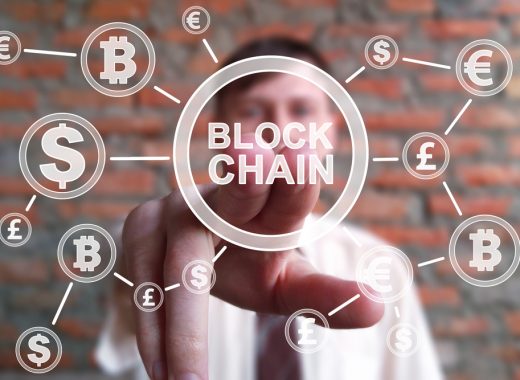 Learn more and prepare for the value revolution.

Decades after the entry of computers into every field of communication, economics, commerce, paper documents, contracts, deeds, ownerships, and transaction fees, either in contracts, credit cards, wire transfer, are still the central media for the trade.

Fraud, delays, and charges are estimated at hundreds of billions of dollars. In the international market, the deception caused by using paper estimated at $30 billion a year.

Until the arrival of computerized currency, and the Blockchain technology that power and drive it.

To understand and trust Bitcoin, you need to learn more about the concept of Blockchain technology.

Bitcoin and Blockchain offer an alternative to traditional payment mechanisms and the institutions that manage them.

Bitcoin is the money. Blockchain keeps it, protect it, and complete transactions.

Blockchain makes the transfer and store of Bitcoin and other crypto funds (not all) without any central supervisory body, and additional fees. But Blockchain can be used for more than just money; Blockchain can also protect ownership of merchandise, real estate, investment, and more.

How Blockchain work and why it is safe than any bank or safe.

Digital files that contain great value are no foreign to us. Your homeownership, bank accounts, stocks certificate are all Digital records.

What will protect you from a hacker who hacks the city records, removes your name, and places his/her on your homeownership documents?

Your protection is the public chain of information.

2. Bank Records – Mortgage, and others

3. Title insurance and time of purchase

5. Others based on the transaction.

The difficulty in creating digital currency is

2. Scammers pay with the same money more than once – what is known as the “double payment problem,”

3. Hackers can steal the files and therefore your money

To prevent copying, stealing, using the digital currency twice or even three times a new technology was needed.

Anonymous programmer, or a group of people known by the code name “Satoshi Nakamoto” sought to develop a digital version of money that could be used to make peer-to-peer (P2P) transactions without a third-party entity.

Traditionally, a third party guarantees each transaction. In cash transactions, the central bank of the state guarantees the value of the money. In more significant deals, banks act as guarantors. Visa, Master Card, AMX guarantees payments, Trustees move money from one hand to another for a fee.

In digital payment systems using the peer-to-peer method, there is no third party. A technological mechanism known as the Blockchain fulfills the role played by the third party. It provides a reliable registration of the document/money in the system and prevents fraud much better than any bank or Safe.

Blockchain is a public digital log kept on the millions of network users’ computers at the same time. It contains all the information, history to current about each account, and all the history of the remittances made through it.

Everything is transparent at any time— Except for the users’ identity.

How do we keep the transactions and information/database, in thousands or millions of computers, up to date?

Each transaction is encrypted, digitally signed by the owner, verified, and added to a ‘block.’

Each block is chained to a public block in front of him and block before him.

Each encrypted transaction attached to the transaction before creating a sequence of events.

Bear in mind that if there is an operation called ‘mining’, we must have a “miner.” We will talk about the miners later.

Each transaction creates a chronological chain that connects the blocks. The connection of the blocks creates a public “blockchain.”

The link between the blocks designed to verify the integrity of the data and logs the transactions in the ledger, using a technology called “stacking.”

The smallest change in the input will create an entirely different output.

It is easier to understand this through an example.

The smallest change will generate a new stack.

Each new stock contains a ‘stack-contents’ that match the block that preceded it and create a chain.

A new stock code will match some of the codes of the stock before. That creates a chronological record in the accounts and establishes the history of all the previous blocks.

If we try to change the information in one of the blocks in the chain, the stacking that appears in the next block will also need to change.

Since all the blocks are related to each other, the whole Blockchain will change. And that can not happen with a network monitored on millions of computers.

That way the Blockchain system ensures that it will reject any attempt to forge retrospect transactions.

It’s a lengthy prosses. The approval of a Bitcoin transaction takes approximately 10 minutes.

The breakthrough in blockchain technology ensures digital payment between parties through public documentation of transactions in the Blockchain and the network of user’s supervision.

What are the miner’s Jobs?

In the Bitcoin network, the miners process the information about the transactions in the system, verify them, and add to a close block.

When we act on the Bitcoin network, the action is absorbed by the miners who, in turn, check that the order is correct and legal and put it in the nearest block. When the Bitcoin miners add the order to the block, it constitutes confirmation of the existence of the operation on the network. In Bitcoin, each block is equivalent to one digital certificate. 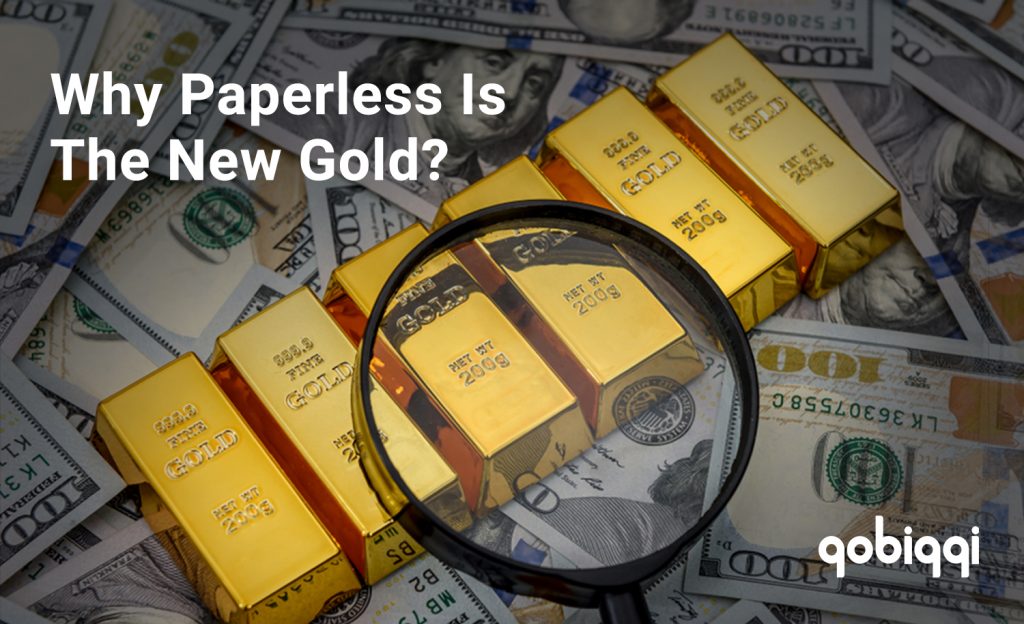 CRYPTOCURRENCIES are a risky investment. The price is very volatile. Not all the CRYPTOCURRENCIES  powered by Blockchain. Each Cryptocurrency has its rules and procedure.

Unless powered by Blockchain do not send any currency to a Blockchain Wallet addresses;

you will not be able to access those funds.

No one can tell the future of digital money.

Many will tell you that Blockchain technology will be the second biggest to the internet. 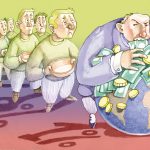 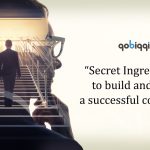 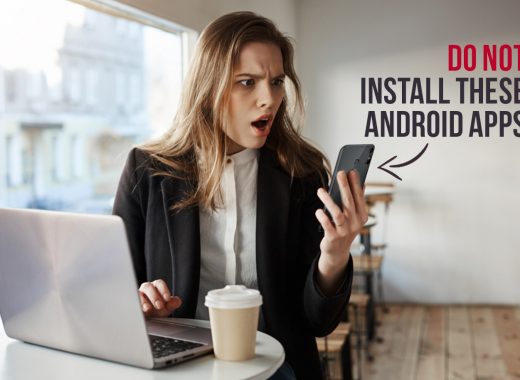 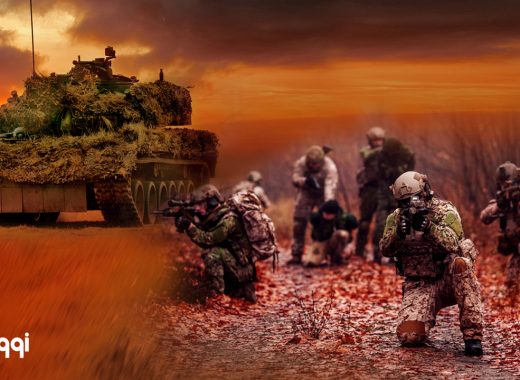 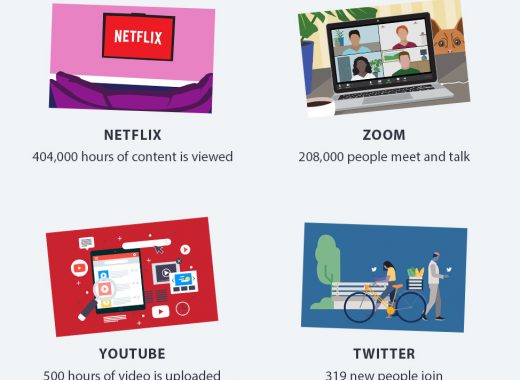